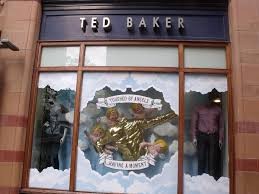 Ted Baker has refused the hottest Septembers with promising sales figures out of its fall and holiday collection.

The famous fashion retailer, whose earnings went up in the first half of 2014, stated that consumers have positive response on their latest offer despite the unstable climate.

However, the sales from their holiday apparel was lower than they projected in the previous month.

According to the brand's chairman, David Bernstein stated, "it was all good for the brand since the second half of the year began, with a promising performance from our fall/holiday collections, regardless of unstable weather condition in September."

He stated his positive comment as the organization released its statement that before tax earnings and non-inclusive items went up more than 20% until August. The highest retail sales growth, which covers sales from website, in United Kingdom and all over Europe, profits went up to more than 12%.

Ted Baker is the leading UK apparel retailer that has been out of stagnation in June, as fashion brands had fun in their initial quarter for a couple of years. From then on, the industry has opted to special promos to entice customers specially during unstable dry and hot weather.

The organization's shares went down right after Next's sales sign, though the brand seems to be not affected by its competitor's issues. But, their shares went up too almost 1.7% last Thursday.

Ted Bakers founder and chief executive official, Ray Kelvin, commented, "the brand has been consistent in delivering promising results from all over the world during the first six months of the year. While our figures for the entire year will rely on the second six months, we are confident that we will continue to improve Ted Baker as the leader in international lifestyle brand."