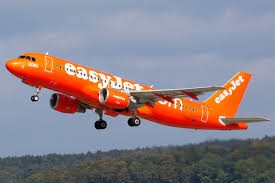 EasyJet increased its projected sales after the Air France pilots went on strike.

According to last business update, the airline company has predicted a before-tax sales higher compared to the previous projected figures.

EasyJet stated that a strike of Air France pilots happened a month ago, which led the passengers to change flights and increased the profit. The number of passengers when up to 7.5% last September, while gas costs dropped from the expected consumption.

According to the airline's chief executive official, McCall, "we ended a very good year. The company has been consistent implementing strategy, which will show promising results in the second half of this year."

The strike by Air France pilots that lasted for almost two weeks have brought the carrier huge loss due to voided bookings.

The pilots ended the strike last week even if there was still no settlement with the managers, Transavia, was feared since it might resolve the issue and give in to the conditions.

Air France is expected to change the projected loss incurred this first week of October.

Easy Jet is not planning to pay their shareholders by 40%, which is way higher than the previous one.

The budget airline has been improving since the previous years by gradually diverting from its usual budget airline image to airline-of-your-choice kind of image for all types of passengers.

The company said it has more advantages than the Ryanair, the direct competitor under budget airline category, since it lands on main airports, which targets more business clients. Aside from that, its inexpensive business package gives huge effect on high class airlines such as British Airways.