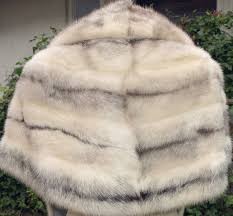 According to fur opponents, the market has experienced decrease on Chinese high end buys, due to crackdown on presents to executives

The mink price has drop more than half in the previous years right after Chinese retailers and other huge fur market were left with excess stocks after the overflow of the fur bubble in China.

Last month's prices in auction done by Kopenhagen Fur of Denmark, the world's largest fur auctioneer, drop by 55% from the previous year when demand from China had set prices to a record. The Finland-based Saga Furs find prices at its auctions also sliced by half for mink furs. Over 30 animals are needed to manufacture a mink coat.

According to the spokesperson of Saga Furs, the previous year's expensive prices, right after the hot winter in Russia and China, left stores with stocks not sold, which made a huge effect on the current year's auctions.

The non-fur campaigners demand has been strike by a decrease in expensive purchases in China, due to the control on presents to executives who award government deals.

As stated by the Finnish animal welfare division Animalia, Salla Tuomivaara, 'the cause for the decrease in price is perhaps the anti-corruption program done by the government in China, which prevents public officials to accept expensive gifts."

The Fur Free Alliance commented that civilized locals of China were very much aware of animal well-being and that fur was no longer appealing to China's young consumers.

But the Saga Furs spokesperson opposed to the idea that the demand was dropping, "new fur markets and fur shops are still open in other parts of China and the market is still performing," she explained.

As per the letter to the clients, the top official of Kopenhagen Fur consumer department, Brian Tufvesson, "the sector should go on hoping for a cold weather in the main markets of Russia and China, which will give the needed demand."