Glenn Murphy of GAP to Retire Next Year 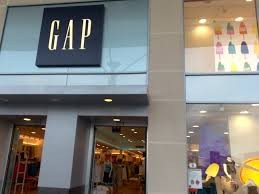 The famous retail brand released its statement on the retirement of Chairman and CEO Glenn Murphy in February. It was a surprise for the market and analysts, which made the shares drop by 12% few days ago.

It also triggered speculation, which caused a lot to ask if there are other issues involved in his sudden retirement. However, the brand quickly answered through Bobby Martin's statement that there are no hidden issues and that it was Glenn's choice to leave the organization.

In fact, Bobby said Glenn started to communicate with the brand's board at the start of the year on his intention to leave and the board preferred that he will stay with Gap.

In addition to that, Glenn gave enough time for an organized transition, and because he thought that the company is at a dramatic change.

"We wanted him to stay, however we respected his personal choice and happy about his willingness to work for an orderly transition," as Bobby explained.

"Gap requires strategy to go forward, and Glenn thought he don't have the longevity to go through with that. We truly respect his wisdom and pass it to someone at the proper time," he continued.

The brand has been struggling in the past few months, as the items weren't able to resonate with customers. The sales have as well been unstable at the organization's other brand Banana Republic, although it's sales are better as of now. Few days ago, the company reported that the comparative sales for September were even compared to the previous year.

Gap asked a third party to assist on looking for Glenn's replacement. It was Gap's recent president, Art Peck that was considered for the position. He was told that he will be Glenn's successor starting February.