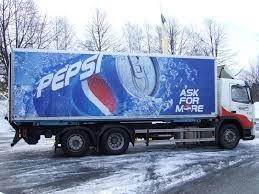 PepsiCo released its report that it reached higher quarterly income as international sales increased, however one slow factor was Mexico. The organization pointed at snacks sales dropped by 3 percent, due to the new tax on junk foods.

Current declines shouldered by Coke and Pepsi in Mexico emphasize the reason on the beverage sector is going against tax proposals on sweet drinks in San Francisco and neighboring area Berkeley.

PepsiCo-which manufactures Frito-Lays chips, Tropicana and Gatorade-said the same slumps in its snacks industry for the first six months, started when the taxes took effect.

Coca-Cola, said its beverage volume decreased in Mexico for the same period, emphasizing similar tax issue on its drinks. Mexico owns the world's highest number of consumption of Coca-Cola drinks.

According to PepsiCo's CFO Hugh Johnston, such slumps in Mexico were expected by the company. To lessen the effect of the tax, the company thought of repackaging different sizes for different branches.

It is still unclear if the taxes' effect on consumption will go further or how awful its effect as it goes along. And while PepsiCo reviews on tax issues all over the world, the CFO said he doesn't see this to be happening in other countries.

Health experts are promoting taxes as a way to decrease consumption on calorie-packed junk food, the same strategy used against tobacco. Manufacturers of such items feel they have been discriminated.

PepsiCo's Indra Nooyi commented that such issues have unfairly singled out the company and are wrong.

Since the beginning of the year, the American Beverage Association gave more than $7 million to go against the proposal in San Francisco.

That's is more than the $300,00 plus contributions done by the supporters of the tax proposal.

As of the moment, the beverage sector has bragged its commitment to lowering the calories drinkers consume from the beverage by marketing it with lesser sugar.