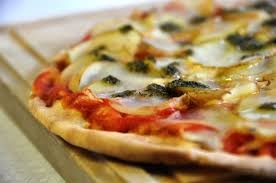 Pizza might originate from Italy, however try your luck looking for a pizza experience in that place.

The nearest you can get a 14-inch pizza in the place of Romans on a National Pizza Month, which started last week, is going to Pizza Inn located in Italy, Texas.

While pizza invasion in the land of Italy outmatch that of the United States few years ago, that is no longer the trend for the past five years. Beginning from 2008 until last year, the pizza industry in the US went up 3% to over $37 billion while sales in Italy went down to 10% on the same period, as per the records of Euromonitor.

For every person, though, locals form Italy still eat a lot more than Americans on pizza from the diners. They pay roughly $475 per head on the food, compared to paying $119 in the United States.

Still, major food chains have by and avoided the sector.

While Little Caesars does not have a branch in Italy, it has influenced a lot of consumers in that place for quite some time to find product ideas. As it goes on with its expansion, the vice president of the company Jim Hartenstein, looks forward for the country to start the list.

"I find the market very attractive, obviously. I think our program is slightly different," as he explained in a phone patch.

"Our main goal is concentrated on developing locations rather than the developed ones," he continued.

As included in the growth plan, Little Caesars has concentrated on Europe, Caribbean, Canada, Middle East Africa and Latin America areas. The food chain is walking through the Asian Pacific area.

Papa Murphy's pizza parlor also joins the club together with Little Caesars. Currently, it has over 1,400 branches all over 38 states, UAE and Canada.

The president and CEO of Papa Murphy, Ken Calwell, emphasized that its goal is to expand in United States market to over 4,500 units first.

Other big names like Pizza Hut and Domino's have yet to entertain the thought of bringing their presence to Italy as well.