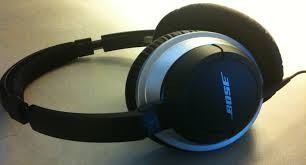 The famous and high-end dispute on noise-free headphones between Beats Electronics and Bose finally settled few days ago with both sides agreed to iron it outside the court.

The agreed terms of the settlement were not revealed according to the spokesperson of Bose in the email sent. The company only emphasized that the debate has been settled by both parties and no further comments about it.

Bose, which manufactures top-of-the line sound devices and headphones, filed a lawsuit in federal court in Delaware last July, with allegations that Beats had deliberately broke some of its patents in its Studio Wireless and Studio line of headphones.

Bose confirmed that it incurred loss in its income and sales due to the mentioned dispute. The company is looking for unknown damages from the opposing brand, Beats. Apple Inc. already acquired the brand this year. It was worth $3 billion.

The document was filed in court few days ago which stated that both parties ended that lawsuit and shouldered their own fees and legal charges.

Both headphone manufacturers also requested the International Trade Commission to stop its interrogation on the said issue. Bose also told the commission to suspend the import of Beats' noise-free items from China, where these products are made.

Beats headphones are known by music followers ever since the brand was discovered by the famous rap artist Dr. Dre as well as the produce Jimmy Lovine in year 2006. It even multiplied its followers since a lot of famous personalities are using the brand too. Apart from headphones, the brand has also tried online music streaming, which is going head-to-head with Spotify and Pandora.

A Beats' representative was not available for interrogation as of the moment. The company prefers to keep mum on the issue.