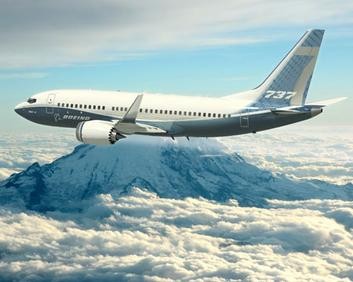 Aircraft manufacturer Boeing announced a huge order of 50 jets worth $4.9 billion from Garuda Indonesia on Sunday.

The monumental order, which consists of 46 units of Boeing 737 Max 8, was taken into account under Boeing's Orders and Deliveries website.

The order was received by Boeing while it reportedly is planning to upgrade to more fuel-efficient planes, replacing existing orders for Next-Generation 737 800s planes to a more updated 737 Max 8s.

The order will be delivered to Garuda Indonesia in 2017.

"The 737 MAX 8 represents a bright, efficient future for Garuda Indonesia," said CEO Emirsyah Satar in an interview by USA Today.

"This order helps continue our commitment to offer the people of Indonesia and Southeast Asia the most comfortable, most efficient air travel in the region," Satar added.

Aside from the order from Garuda, Boeing is currently working on a total of 737 Max orders coming from 47 clients all over the world consisting of 2,295 planes.

The orders were reported to be efforts of the airline industry to produce more upated, fuel-efficient planes.

"For over a decade we have seen resilient demand for the 737, and a rate increase to 52 per month reflects the appetite for airplanes like the 737 MAX and Next-Generation 737," Randy Tinseth, vice president for marketing at Boeing Commercial Airplanes stated.

Southwest Airlines was reported to be the first airline to acquire the first batch of the 737 MAX.Boeing also took an order from Virgin Atlantic Airways of the 787-9 Dreamliner last week..