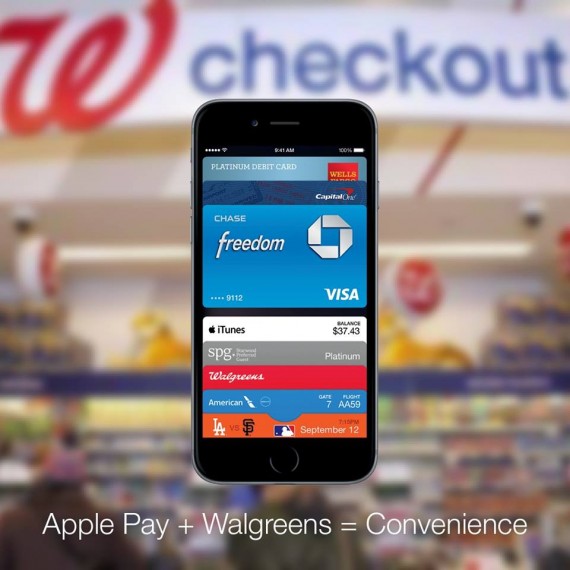 The largest drug retailing chain in the United States has reportedly put out an internal memo to employees readying them for the launch of Apply Pay on Saturday, Oct. 18.

Apple Pay is Apple's mobile wallet app offering "cashless payment" by providing a convenient way to pay several retailers without having to bring a huge bulk of cash on hand.

Apple Pay offers convenient and secure payment method using a fingerprint scan and a wave of the user's smartphone.

"When you're using Apple Pay in a store, restaurant or other merchant, cashiers will no longer see your name, credit card number or security code, helping to reduce the potential for fraud," he added.

Meanwhile,the leaked memo revealed that the speculated arrival of the Apple Pay at Walgreens will come ahead of the debut of Apple's new devices on Oct. 16.

Apple has already announced and verified the major businesses that will support Apple Pay like Macy's, McDonald's, Staples and Walgreens on Sept.9

Apple is expected to launch its new series of devices: the iPad Air, Retina iMacs and a Retina iPad Mini as well as the debut of the OS X Yosemite. coming Thursday, Oct. 16.

Rumors aside, only the United Services Automobile Assocation (USAA) has previously confirmed and given out a schedule for the arrival of Apple's new mobile payment system.

According to PC Mag, the early launch of Apple Pay at Walgreens during a weekend would be more beneficial and "makes more sense," as it would "fit general shopping patterns a lot better." There are more people coming in at malls and shopping centers during the weekends than on weekdays.