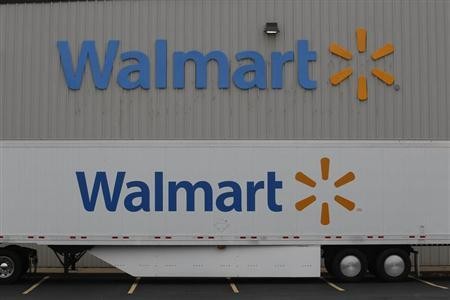 Retail giant Walmart expects to culminate the year with a rocky ending as it cuts its annual growth forecast on Wednesday, Oct.15. after it publicly stated that it would clearly slow openings of many of its locations in the United States the coming year.

The fact that not so many people were coming in and out of the stores tagged with the unpredictable currency were said to be the reasons Walmart cut its sales growth forecast this year.

An Investors meeting revealed that the leading retail company was indeed experiencing quite a decline in numbers. The Commerce Department reported that Walmart's retail sales went down 0.3 percent last month, the first decrease since the start of the year.

Aside from that, Walmart will reportedly slow United States store openings in 2015, as it plans to put up 60 to 70 superstores, compared to the 120 planned this year.

Furthermore, the retail giant will also cut down its capital spending next year from an earlier forecast of $12.9 billion to $11.6 billion.

"We're being thoughtful about growth. My message is quality, not quantity. We can't turn this ship around overnight, but this is our focus," stated chief executive of Walmart United States Greg Foran.

It also plans to veer away from the "Walmart way," which is persistent expansion and try to refocus its strategies towards smaller stores and online retail and marketing, as it said that today's shopper now have different needs, especially valuing the amount of time spent on buying products.

"Customers move very quickly, and we have to keep up with that customer," said David Cheesewright, who leads Walmart's international division.

After a reported slowdown in sales of some of its existing stores brought about by fierce competition from dollar stores as well as online retailers, coupled with slow customer traffic, the company has decided to change its own corporate strategy.