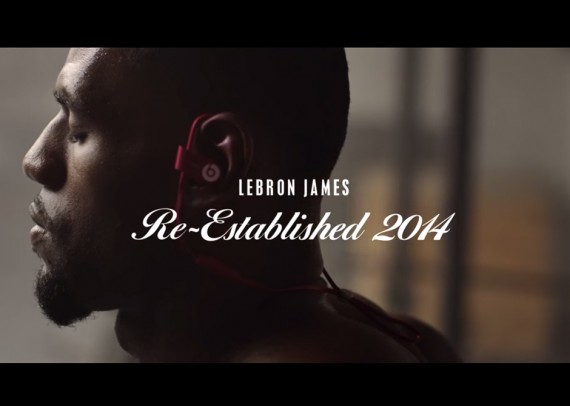 The concept of the ad aptly named "RE-ESTABLISHED 2014" is coming home. It celebrates James return to his first team in the NBA. Narrated by his mother Gloria, James is shown returning to his first fans and coming back to his hometown Akron.

With Hozier's rock-gospel song "Take Me to Church" as the background music, the commercial is set at James' hometown. The basketball superstar had the words "Akron Est. 1984" tattooed on his chest, which became the inspiration for the ad. Images and flashbacks of James from his hometown are used in the 150-second material.

After four years and two championships with Miami Heat, James returns to his first NBA team the Cleveland Cavaliers. He's been a Beats ambassador since 2008 and owns shares in the company. It's reported that he earned $30 million when Apple acquired the company in June.

Businessweek noted that James is probably the only endorser who promotes Samsung and Apple products at the same time. The basketball player promotes a Samsung smartphone. Both companies declined to comment on the conflict of sponsorship.

James' spokesman pointed out that headphones and smartphones are two different commodities, and the player can continue to use both products.

The Beats advertisement has already reached more than 5 million views on Youtube.