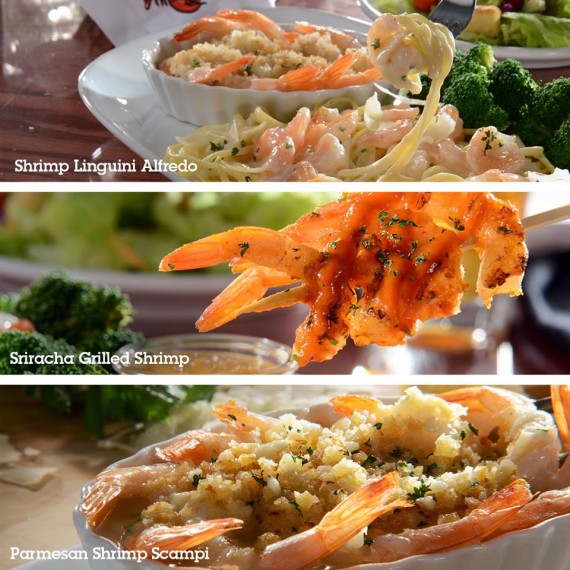 Darden Restaurants Inc., the former owner of Red Lobster added non-seafood dishes like Wood-Grilled Pork Chop and Spicy Tortilla Soup so people who don't eat seafood would come to the store as well.

However, the chain's new management, Golden Gate Capital believes that seafood is what makes Red Lobster its own.

"At the end of the day, we believe that seafood is really why people come to Red Lobster," said Salli Setta, Red Lobster's president, in a phone interview with Huffington Post.

The new menu will be restructured, with 85 more seafood items and will include more food photos that will make it easier to use.

Red Lobster's popular "Ultimate Feast" will have 50 percent more shrimp and will include crab and lobster and will now cost $26.99.

After Darden Restaurants Inc., owner of Olive Garden failed to lift the restaurant up from the ashes and declining sales, Red Lobster was purchased by investment firm Golden Gate Capital this summer.

Darden reported that Red Lobster's sales went down 6 percent at well-known branches for its last fiscal year,up from the 2.2 percent decline the previous year.

Darden will now keep its sales reports to itself since it is now privately-owned by Golden Gate Capital.

Red Lobster will have to face competition with the likes of Chipotle that offers high quality food items at an affordable cost.

Aside from the menu, Red Lobster will also get an overhaul in terms of its foodservice.

The chain this summer also started changing how it plates the food items, with fish piled over rice instead of having foods spread out on a dish. Red Lobster says that presentation is more visually appealing, while also helping retain the food's heat.