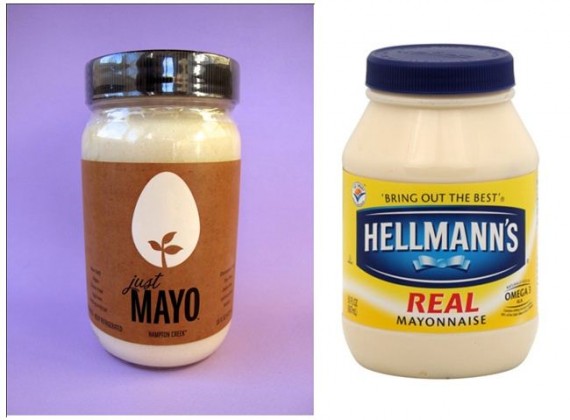 "A mayonnaise is not a mayonnaise without eggs."-that's what retail giant Unilever said as it filed a lawsuit against a California startup for calling its egg-less, plant-based spread as "Just Mayo."

The multinational consumer goods behemoth filed a complaint in the U.S District Court in New Jersey against California startup Hampton Creek-calling for it to change its label of "Just Mayo" product and seeking compensation for damages thereof.

Tensions have been increasing between big brands and emerging natural and organic food manufacturers that is said to have been attracting health-conscious consumers away from traditional packaged foods.

Meanwhile, according to Unilever, "Just Mayo" isn't mayonnaise because it doesn't have eggs, and based on the description of the Food and Drug Administration of mayonnaise, it contains vegetable oil plus egg yolk.

According to the lawsuit, "The Just Mayo false name is part of a larger campaign and pattern of unfair competition by Hampton Creek to falsely promote Just Mayo spread as tasting better than, and being superior to, Best Foods and Hellmann's mayonnaise."

However, the California startup argues that its product is not "mayonnaise," but "mayo," which is strikingly similar but distinctly different. Furthermore, it stresses that it doesn't mislead consumers since it actually advertises the absence of eggs in its products.

Josh Tetrick, Hampton Creek's Chief Executive believes that the lawsuit isn't that surprising, acknowledging that what they're entering into is "big business-We're competing directly with a company that hasn't had real competition in decades. These things happen."

The lawsuit further sparked the growing debate between big companies and startups. A petition form Change.org asks Unilever to "stop bullying sustainable food companies" has already gained over 12,000 supporters as of Monday, Nov. 10, less than 2 weeks after the lawsuit was filed on Oct. 31.