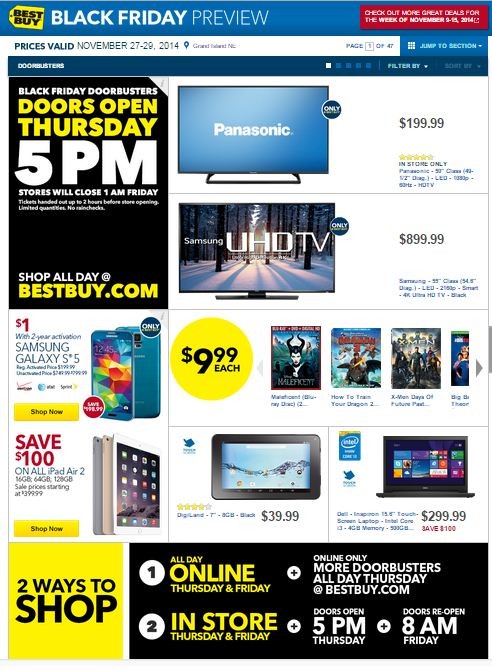 Retail giant Best Buy sees Black Friday, one of the highly anticipated online shopping sprees in America as an opportunity to run deals on the season's hottest gadgets.

Moreover, Best Buy will be pushing "doorbuster" deals at 5 p.m. on Thursday and then the second wave of doorbusters will arrive starting 8 a.m. on Friday. For those who want to stay at home to avoid the holiday rush, Best Buy is also offering exclusive online deals on Thanksgiving and Black Friday.

"Customers have already begun lining up outside of some Best Buy stores in preparation," the company said in a news release.

On a side note, Target is also offering sweet deals on the iPad, Xbox One, PS4, and GoPro Hero 3+.