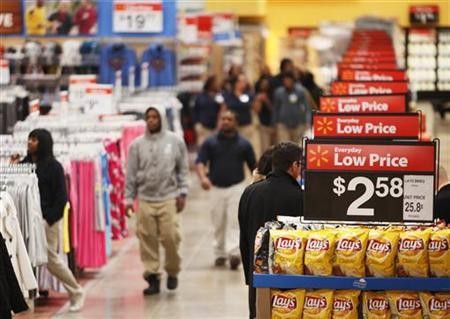 With Black Friday exactly two weeks away and the holiday season nearing, retailers are now going head-to-head to lure in holiday shoppers.

Walmart's executives are now ordering its store managers in the U.S. to price-match Amazon.com and other online retailers.

"Online Price Match," as the move is called, has been a practice in the retail industry already. Greg Foran, the president and CEO of Walmart U.S. said that "about half of the stores were doing it anyway."

However, Walmart's decision to price-match is unique. Forbes reported that brick-and-mortar stores usually price-match with other physical stores, but going head-to-head against online retailers is a new, and "very aggressive move."

The move comes as more and more shoppers are veering away towards brick and mortar stores and choosing to shop online instead to avoid the hassle and take advantage of the convenience of shopping online.

Aside from that, Walmart's move would lessen consumers doing "showrooming," or when a potential customer visits their stores to canvass a product with the intention of buying it online at a lower price.

This has been possible because of emerging mobile apps like BuyVia, PriceGrabber, among others, making it possible for users to scan barcodes at actual stores then comparing those prices with multiple online retailers.

Despite the aggressive marketing strategy, the future looks bleak for Walmart's fourth quarter earnings, as huge holiday discounts may curb their profits.

The retail store is hoping that lower gas prices may encourage consumers to spend more money at their stores.

"We have some things in our favor this fourth quarter, including lower fuel prices in the U.S. and other key markets, and we're set to deliver for customers during this time," said Walmart chief executive officer Doug McMillon in a statement.

Forbes reported that price matching Amazon.com would increase foot traffic in its stores these coming holidays.