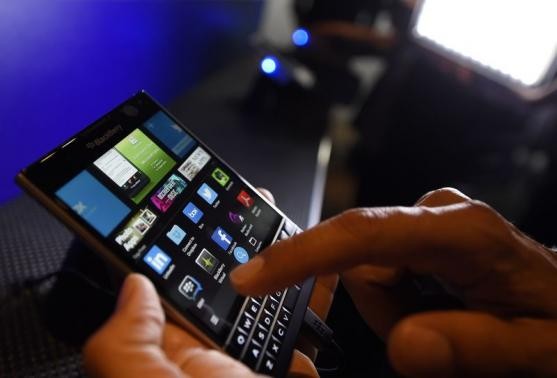 BlackBerry is giving out $500 to iPhone users who would be willing to trade their iPhone for a BlackBerry Passport from Dec.1 to Feb. 13 in the U.S. and Canada-the largest iPhone trade-in promotion by and vendor ever.

BlackBerry will roll out an aggressive marketing strategy by promising as much as $500 to iPhone owners who would trade their smartphones for the BlackBerry Passport starting Dec.1 until Feb.13, CRN reports.

The iPhone 4S would give customers $90, while the newly released iPhone 6 is worth up to $400. BlackBerry pushes the deal even further by adding $150 for each iPhone traded in.

The idea seemed high-falluting with even BlackBerry company executives saying that iPhone users might not want to trade in their device unless there's a financial incentive, CNET reports.

"I can't imagine an iPhone 6 user trading in their new iPhone 6 at this point, but it is extremely aggressive for BlackBerry to offer that base a chance to switch over," said Robby Hill, founder and CEO of HillSouth, a Florence, S.C.-based BlackBerry partner.

As of the moment, BlackBerry's offer seemed like a shoot to the moon, with the iPhone 6 Plus just released, it would be hard for the company to convince owners of Apple's flagship phone to trade it for a Passport, but executives are optimistic that the move will prove successful.

"This might not be the only motivation people would have to trade over, but if they were already thinking about switching, this will give the more incentive to do so.I'm looking at the opportunity here," Hill added.

BlackBerry bested out Microsoft's offer of $350 who would trade their iPhones last year.

"For example, if I traded an iPhone 4s against a regular phone upgrade, I'd be lucky to get $50 or $60, but with this I might get $240, so it's a strong reason to switch platforms. If this pans out, Microsoft and Android will be under pressure to do the same," Hill concluded.