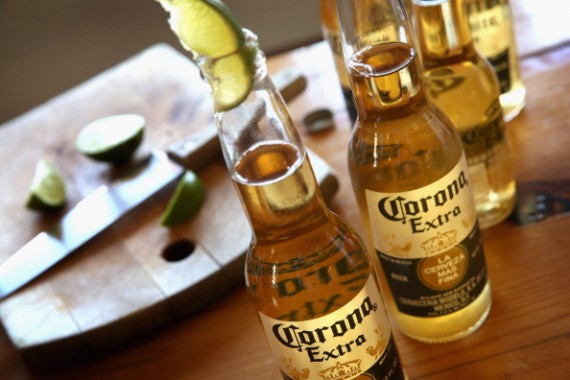 Alcoholic beverage maker Constellation Brands Inc. reported on Wednesday a 15 percent increase in profits in the first quarter ending in May due to improved sales of its Corona and Modelo beer brands.

In a statement on its website, Consetllation said sales reached $1.63 billion, seven percent higher than the previous year due to the strong demand for its beers. Net income rose to $256 million, about a fifth higher than last year. This translates to earnings per share to $1.26 from $1.18 last year.

"During the first quarter, our beer business kicked off the '120 Days of Summer' selling season by posting double-digit sales and depletion growth, with strong execution across our iconic portfolio led by our two largest brands, Corona Extra, which includes the new can launch, and Modelo Especial," said Rob Sands, CEO and President of Constellation.

With the strong growth, Sands said the company is now looking at a 10 percent growth for its beer business for the fiscal year.

The company also announced plans to buy California-based winemaker Meiomi for $315 million to boost its brand portfolio, as the sales of the company's current line of wine brands increased by 3.5 percent.

"The Meiomi wine brand, which is a high-growth, high-margin, scale brand that can be effectively integrated into our powerful portfolio of wine brands. Launched in 2006, Meiomi has grown from a 60,000 case brand in 2010 to almost 600,000 cases in 2014 and is experiencing IRI dollar sales growth of more than 50 percent over the last 52 weeks. This strong record of growth demonstrates how well the brand resonates with consumers," added Sands.

Reuters reported that the deal to by Meiomi will likely close in August and that Constellation's share prices increased by two percent to $118.25 in pre-market trading. It added that the shares of New York-based Constellation have surged by 33 percent in the past 12 months.