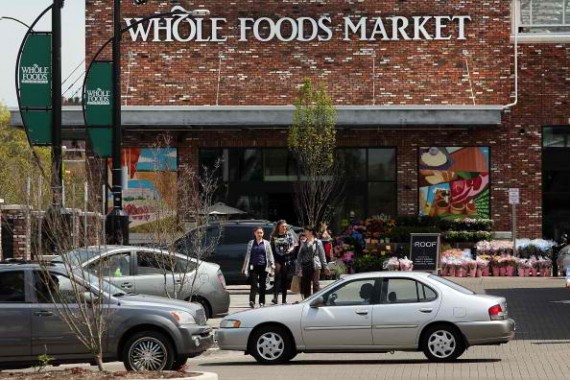 In a video posted on video, Whole Foods co-CEOs Walter Robb apologized for the errors which he said were unintentional as some benefitted customers. The video came after the New York Department of Consumer Affairs (DFA) charged Whole Foods with short-changing customers in the city by selling it underweight products.

Whole Foods co-CEO John Mackey meanwhile outlined the company's efforts to correct the mistakes that have led to overcharging customers.

"We are going to increase our training in our New York stores and around the country because we want to be perfect in this area. We don't want for there to be any mistakes," said Mackey.

He added that Whole Foods, which has nine stores in New York, will be implementing a third party auditing system to track its progress, and promised to report back the results to customers in 45 days. Mackey also said customers who feel that they are buying underweight products may have these checked by store cashiers, and if those are found to be so will get those items for free.

The Washington Post reported that DCA Commissioner Julie Menin said her department is gratified that Whole Foods owned up to their mistakes, and promised that the consumer watchdog will  continue to monitor supermarkets to ensure they are accountable for any misleading and deceptive practices.

The DCA said in an earlier statement that Whole Foods was facing potential fines reaching up to the thousands for its violations. It said tests showed that 80 different types of pre-packaged products were found to have mislabeled weights. The fine for falsely labeling a package is as much as $950 for the first violation and up to $1,700 for a subsequent violation.

The consumer watchdog said that Wholefoods, being one of the larger grocery chains, should have the resources to correct the mistakes to ensure that shoppers are not charged incorrectly.