Mondelez Looks to Replicate China Success of Slim Oreos in US 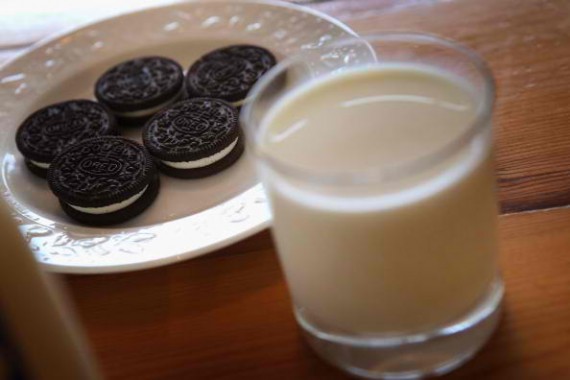 Snack maker Mondelez International Inc. will introduce a slimmer Oreo to American consumers this July that it is meant to appeal to adults looking for a classier version of the cookie.

The company said in the new product, to be called Oreo Thins, will still retain the classic Oreo flavors but is sleeker and more modern than the original.

"OREO Thins offer a delicious new snacking experience for anyone looking for a more grown-up option to satisfy that 'need-something-sweet now moment' we all have now and then, while still delivering the delicious flavor of a classic OREO cookie," Mondelez said in a statement.

"We know that some of our fans have grown up and that their tastes have grown up too.... The crisp and delicate texture of OREO Thins was specially designed for fans who love the taste of OREO but are looking for a more sophisticated cookie," said Patty Gonzalez, Senior Brand Manager OREO at Mondelez International.

Mondelez added that it will support the new brand with a marketing campaign in various media, but the Associated Press noted that Oreo Thins were first introduced in China last year, to reverse Mondelez's flagging sales there.

The report said the new cookie helped the company regain health-conscious Chinese consumers who did not want a cookie as rich as the original Oreo. It added that Ore Thins generated $40 million in sales during its first eight months there in China. The new cookie may also help Mondelez in the North American market, where its cookie sales slid in the first quarter.

Associated Press noted that Mondelez CEO Irene Rosenfeld said in April that the company plans to roll out the cookie to the rest of the world  after its China success.