Walmart Fires Back With Own Sales Promotion Against Amazon's Prime Day 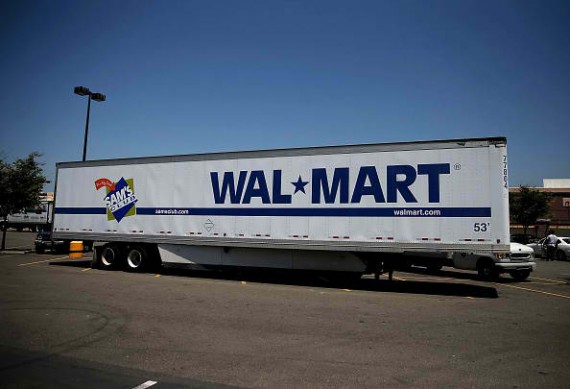 Wal-Mart Stores and Amazon Inc. are duking it out in a massive online discount contest that will leave customers as the real winners.

Wal-Mart announced on Monday that customers may avail of discounts from thousands of its products beginning Wednesday, the start of Amazon's much publicized Prime Day, wherein members who pay $99 for the service will get special discounts. Amazon said the sales promotion, which is in celebration of its 20th year, will offer more deals than Black Friday. The company said subscribers to the service will be offered new deals every 10 minutes.

USA Today noted that Walmart specifically targeted Amazon's Prime Day policy saying it does not believe consumers need to pay a fee to get a better price and that it does not see a reason for paying a premium to save.

USA Today added that the discount will be available for 2,000 items for 90 days. Aside from the discounts, Wal-Mart customers may avail free shipping for a minimum purchase of $35 from $50, which is effective for 30 days.

Bloomberg noted that Wal-Mart and Amazon online retail competition has been heating up lately as the retail chain tries to expand its Internet business. It noted that Walmart has developed a service meant to compete with Prime although it is slower and does not have Amazon's video and music streaming services.

Bloomberg added that the retail chain giant is looking for a boost from its online business amid declining performance. It noted that the Arkansas-based Walmart  lowered its sales projections in February even as it disclosed higher cost due to wage hikes and increased  investments.

USA Today said that although Walmart remains the leading retailer in the United States, it trails Amazon in the Web.

Bloomberg added that the company has been investing to bolster its online business, opening an office in the Silicon Valley, hiring programmers and acquiring tech companies. Walmart has seen its online sales grow by 17 percent in the first quarter.