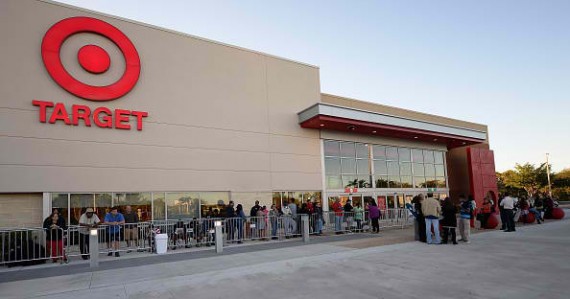 The Wall Street Journal reported that Target now projects per share earnings to reach as much $4.75 from its earlier maximum guidance of $4.65 a share. The paper added that Target shares were up by 4.4 percent to $83.8 in premarket trading and have gained 5.8 percent so far this year.

Reuters reported that Target's stores opened for at least a year posted a 2.4 percent increase in sales compared to beat analysts' projections of 2.2 percent. Target digital sales also grew by 30 percent contributing 0.6 percent to overall sales revenues, the report added. For the second quarter, the company booked $17.4 billion in revenues, 2.8 percent higher than last year while earnings more than tripled to $753 million from $234 million last year.

"We're very pleased with our second quarter financial results, as traffic growth, strong sales in our signature categories and continued expense discipline drove better-than-expected profitability. While the momentum in our financial results is encouraging, we have much more to accomplish. Looking ahead, we are focused on making further progress against our strategic priorities and are committed to improving operations as we move through the important back-to-school, back-to-college and holiday seasons," Brian Cornell, Target's chairman and chief executive, said in a statement.

The Journal noted that Target's performance has been on the rise since Cornell took over as chief executive last year. It added that Target has disposed its struggling Canada business, reshuffled its executive team, and has been pushing digital sales.  Reuters, meanwhile, said that Cornell has pushed for Target to narrow its product focus to signature items such as apparel and items for children, babies, and health and wellness.

The Journal said Target again beat rival Wal-Mart Stores, Inc. which announced on Tuesday that profit goals will not be reached this year while second quarter results declined on higher labor costs despite increased sales.