Apple Partnership with Hermes for Watch Gets Mixed Reviews 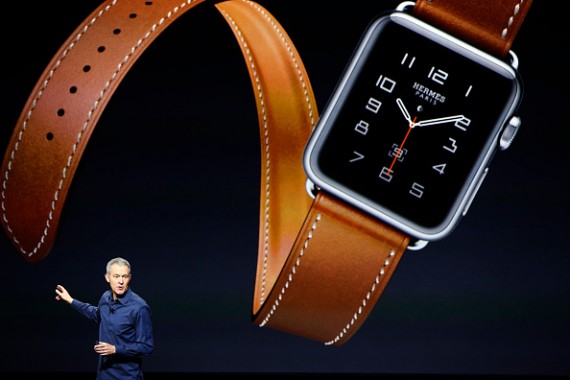 Apple's website showed that the limited edition watches will on be available in 17 Apple stores in the United States and Canada. The starting price for the smartwatch made with Hermes is $1,100 compared to $500 for the regular version.

The Verge reported that Apply may have initiated the partnership with Hermes to lure in luxury fashion-minded people to the device. It added that the Apple Watch will benefit from learning more about leather works from Hermes, which is known for its premium leather goods.

The website said the partnership is a shrewd move on Apple's part, and that the product and the company will likely get a boost from having a stamp of approval from the luxury brand

However, Business Insider said in another report that the partnership "does not make sense" and is "baffling."

The report noted that the partnership appears to be a mismatch given the modern pedigree of Apple versus Hermes's Old World charm and conservatism. It added that Apple seems to be failing in trying to court both techies and luxury brand buyers, who have different issues with the device.

Business Insider said Apple does not need Hermes's approval for the Apple Watch since the tech giant is one of the biggest brands in the world already and could have designed straps similar to what the French brand is known for. It added that Apple appears to have initiated the partnership to receive some credibility from Hermes.

Apple described the Apple Watch co-produced with Hermes as elegant, artful, pioneering innovation and uncompromising craftsmanship, and the ultimate tool for modern life, but the Business Insider report said that buyers are just paying premium for a piece of leather.