Facebook Used to Buy and Sell Organs on the Black Market 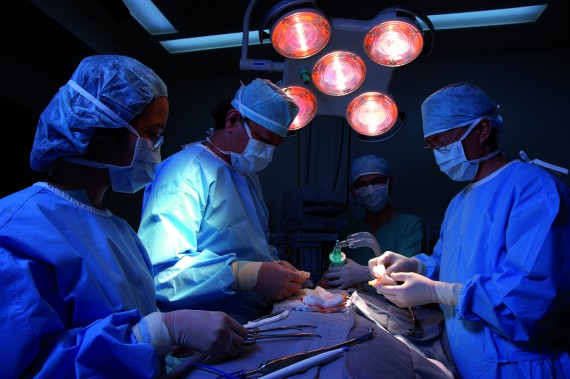 An investigation by British newspaper the Sunday Post has revealed that people are using Facebook to buy and sell organs. A journalist from the newspaper posed as the brother of a woman who needed a kidney transplant and placed an ad on Facebook looking for a donor.(Photo : Tareq Salahuddin)

An investigation by British newspaper the Sunday Post has revealed that people are using Facebook to buy and sell organs.

A journalist from the newspaper posed as the brother of a woman who needed a kidney transplant and placed an ad on Facebook looking for a donor, according to the Huffington Post. He received 11 responses in less than a week, with one man offering an organ for 30,000 pounds (about $50,000).

The reporter said some of the offers came from people in India, Tanzania and Mexico, Motherboard reported. The journalist also received offers from two British people who asked for 20,000 pounds and 30,000 pounds, respectively.

"Meanwhile the site also contained recent adverts placed by desperate Britons willing to risk their lives and freedom for cash," the journalist said.

Buying and advertising organs for sale is illegal in the UK under the UK's Human Tissue Act (HTA), the Huffington Post reported. The U.S. and almost every other country in the world have passed similar laws in regards to the practice. However, the black market has become the best option for patients who come across long hospital waitlists (up to seven years) and time sensitivity.

HTA chief executive Alan Clamp told the Sunday Post that the reason for making the selling of organs illegal revolves around informed consent, according to Motherboard.

"We need to satisfy ourselves that the donor knows the risks involved, that the donor has given consent freely and no reward has been offered or received," Clamp said.

While most legal donations in the U.S. come from the deceased or a family member with a matching blood type, there is a huge worldwide shortage of available donors for those in serious need. In addition, the online black market presents a number of moral, ethical and legal dilemmas, with a lot of hospitals being hesitant to accept donations from people the patients don't know, according to the Huffington Post.

Facebook started its own legal organ donation initiative in 2012, working with Donate Life America on a tool that encourages users to register for organ donation, the Huffington Post reported. About 6,000 people enrolled through 22 state registries by the end of the first day.