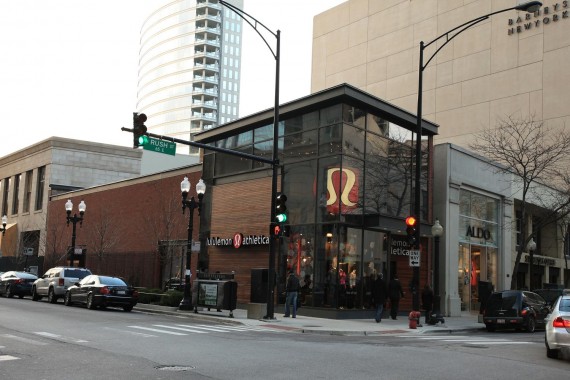 Potdevin took over for Christine Day who resigned from the position in June after five years according to a press release on the company's website Monday.

Chip Wilson, Lululemon founder, and board of directors chairman is also leaving his non-executive chairman post before the company's board meets in June.

Potdevin is also Day's replacement who said she was going to leave the position once the company has found another individual to take over.

The company did not begin the last third quarter on a strong note because deliveries for its fall inventory were late due a recall. The company's signature item of Luon pants were also pulled from the shelves on March 18 after it was discovered the pants were see through. Chief product officer left in April, further hindering the company's reputation.

"The product and supply chain issues have been plaguing the company for the past year," Corinna Freedman, an analyst at Wedbush Securities in New York told Bloomberg Businessweek. "It is an extremely competitive landscape, and operating at that premium price point is going to require stellar execution."

According to Bloomberg Businessweek, the athletic clothing company was down 18 percent in 2014 up until Wednesday.