Traffic light labels can give a false sense of security 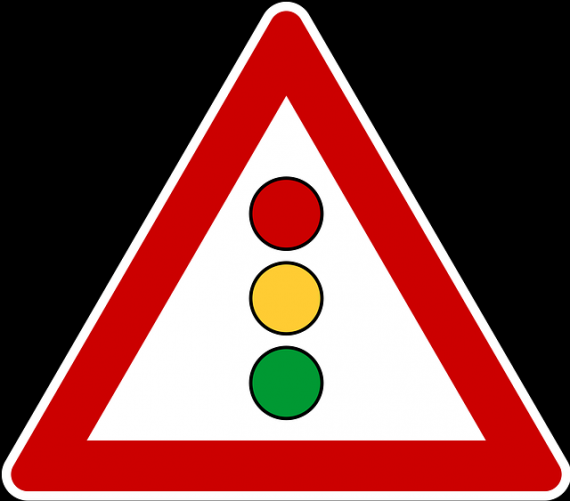 Traffic light labels can give a false sense of security(Photo : Pixabay)

The labeling of product attributes using a traffic light system influences consumers in their purchasing decisions. A study by scientists from Munich and France reveals for the first time that this applies not only to food, but also to financial products - but not always in the way intended by the proponents of the system. Test subjects paid less attention to the uncertainty associated with the return on an investment when a traffic light label was added to the product information. In the case of food products, they paid less attention to other labels, for example the organic label.

Sugar: red; fat: yellow; salt: green. The so-called 'food traffic lights' used in Great Britain indicate the volume of certain nutrients contained in a product by means of color-coded information on the packaging. The intention is to enable consumers to identify the advantages and disadvantages associated with a food product at a glance. The traffic light labeling system is a controversial topic throughout Europe. Since the financial crisis, it is also discussed for investment products.

Scientists from the Technische Universität München (TUM) and the French National Institute for Agricultural Research (INRA) have just published a study to examine the effect of traffic light labeling on consumer behavior, for the first time including its use on financial products. In two surveys, each of which involved 250 German participants, the test subjects were asked several times to decide between two investment products and two frozen pizzas with different attributes.

Traffic light indicates the average return on the investment

In the case of the financial products, the flexibility to exit the investment varied, and some variants offered a state guarantee against total losses. Using bar charts, the product information showed the possible returns on an investment of 100 euros, for example the degree of certainty with which investors could expect a return of 90, 110 or 130 euros. In the case of the food products, the two pizzas differed in terms of price, and sometimes one was organic. In addition, a table showed the percentage of the recommended daily amount of sugar, fat and saturated fatty acids they contained (so-called GDA system).

The researchers showed the test subjects the product information for several different purchasing decisions, initially without and then with additional traffic light labeling. In the case of the investment products, a color was assigned to each of the three product attributes (flexibility, state guarantee, return). The color used for the return was based on the mean value of the potential return amounts. In the case of the pizzas, the traffic light indicated the volumes of the nutrients they contained, based on the British model.

In both cases, the consumers clearly trusted the traffic lights and the use of this system influenced their decisions: in the case of the investments, the attributes that were indicated in green played a more important role in their decisions. For example, even without the traffic light labeling, the test subjects attached great importance to the state guarantee; when the green traffic light label was applied to this attribute, it assumed even greater importance. In the case of the pizzas, the low fat content of a product played a minor role for the consumers when the products only included the table providing information about the recommended amounts of fat intake. When the traffic light was added, there was a clear increase in their willingness to purchase the low-fat pizza.

"The traffic light increases the consumers' awareness of certain attributes of a product," says Professor Jutta Roosen from the Chair of Marketing and Consumer Research at the TUM. "The study shows that the effect of the traffic light in the case of financial products is no different than that for food products."

However, the increased interest in the attributes labeled with the traffic lights can result in a reduced focus on other product characteristics. The pizza's organic label initially played a very prominent role in the consumers' purchasing decision. When the nutrient traffic light was added, the relevance of the organic label clearly declined.

Another unintended effect can arise when complex information is simplified and summarized by the traffic light system: the tests subjects were initially deterred from the investment when a considerable variance was indicated in the potential returns; the investment was obviously too uncertain for them. However, when the average potential return was also indicated by a traffic light, the consumers were more willing to invest - despite the fact that the same information was provided.

Halo effect: A positive attribute outshines everything else

"In this case, the labeling has a simplifying effect," says Roosen. "The traffic light creates a false sense of security and prompts consumers to ignore more complex product information. In research, we refer to a halo effect here: one positive attribute outshines everything else."

Therefore, if the traffic light system is introduced in other countries and sectors, the researchers recommend that it be as differentiated as possible. "The consumers trust the traffic lights. Therefore, considerable care should be taken to ensure that the labeling does not give rise to distorting effects that could bias consumer decisions," says Roosen. "This is particularly applicable to complex products like financial investments."