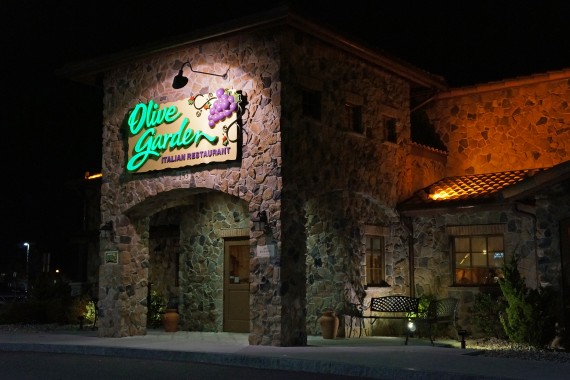 Olive Garden disregards the 294-page advice from the hedge fund Starboard Value, one of the largest shareholders of Darden Restaurants, coming up with their own sizable response.

The reform program suggested by the activist hedge fund covers everything from Olive Garden's pasta and size of the straw down to the eviction of Darden Restaurant's 12-person board. The referendum also hit on the restaurant's breadstick, saying it's an economical waste. They detailed ways on how to properly manage the three-piece breadsticks served to every customer.

In the proposal, they also suggested for Olive Garden to focus on its service of wine, as it's an integral part of the Italian culture. Googling how to cook pasta is also advised and said that according to 'Pasta 101,' the first step is to salt the water.

The suggested reform program stated, "How can management of the world's largest Italian restaurant chain think it is okay to serve poorly prepared pasta?"

Darden Restaurant, Olive Garden's mother company, took four days to answer the condescending suggestions by the hedge fund. The reply comes in a 24-page PDF that answers every point raised by the reform program. They said that a number of the major shareholders' concerns are already being addressed by the management of Olive Garden.

The management heavily defended their breadsticks, calling it a portrayal of "Italian generosity." Darden also addresses that by trying to improve profit, it affected the food outcome. However, they said that over the years, the quality of beef, chicken and seafood in their menu has improved.

The hedge fund criticized Olive Garden's re-modeling, but Darden said that the re-modeled stores produced higher traffic, booze sales, and average check. The customers also think it's more Italian with the wine cues and Mediterranean aesthetics, according to the company.

Olive Garden is Darden Restaurant's flagship restaurant specializing in the fusion of Italian-American cuisine. The first store was opened in December, 1982, and it has expanded other countries like Kuwait, Peru, and Brazil.