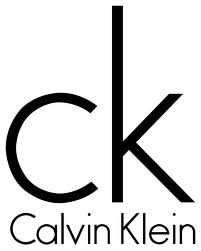 China is projected to be in the world's top luxury brand spender in the next five years. The famous retail brand is eyeing China as their next rapid-growing market this 2014, according to the chief executive officer of the company.

The sales figures went up around 20 to 30%, which came from men's underwear and jeans. The brand aims to put up 15 free-standing units somewhere in China this 2014. As of the moment, there are 100 stores already. Sales figures were not divulged to the public by the official.

CK conducted a runway show and after-party in one of the high end venue in northern Shanghai, which was attended by more distributors.

The brand's event were also jam-packed with celebrities and famous artist headed by Duan Juan the Chinese runaway personality. Ethan Ruan an actor from Taiwan was also in the event. Lim Soo Jung together with Han Feng were in attendance too. The venue had the huge videos of Calvin Klein X Underwear ad campaign that exhibited the hunk actors like Mehad Brooks, Kellan Lutz, Japan's soccer celebrity Hidetoshi Nakata and Fernando Verdasco the Spanish tennis player.

China has been a promising market for Calvin Klein since most of the local residents are into fashion. Currently it is Japan who is named as Asia's biggest luxury brand market, but they are quite conservative spender. When in fashion industry, the trends can go global.

Calvin Klein brought its top of the line designers like Italo Zuccheli for their men's collection, Franciso Costa for the women's line and Kevin Carrigan for their CK Jeans. They brought new collections too for the public to take a peek. It's mainly Zuccheli's creations that were featured since it used plastic material as the main component. Chinese were more attentive to the jeans and sportswear.