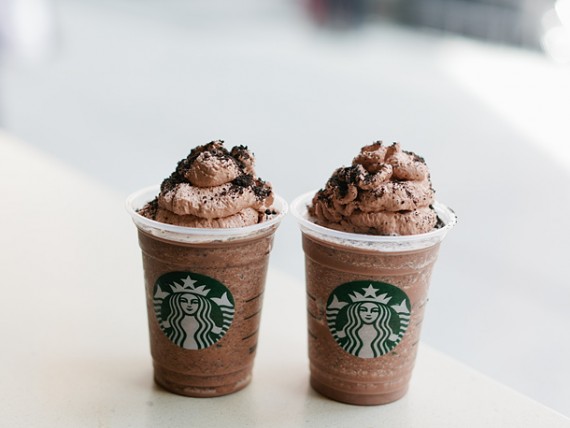 Starbucks begins the trial of their latest gimmick-a mini frappuccino. Slightly less in calories and price than the 12-ounce version, the 10-ounce frappe is being tested out in limited stores in Denver and Houston.

Lisa Passe, Starbucks spokeswoman, said the success of the trial will determine whether the smaller version will expand to other stores. The mini frappuccino costs about 30 cents less than the 12-ounce beverage. "It's about customers looking for choices. We're learning and listening to what customers are saying." said Passe.

The blogger Starbucks Melody, who reports exclusively about anything about the coffee chain, said it's the second round of testing as the first one happened in San Diego during the summer. She surmised that the project aims to serve as a "sampler" for Starbucks enthusiasts. It will serve as a chance for customers to try out other frappuccino flavors in a smaller size. If they end up liking it, then they'll order a taller cup next time.

Dear Starbucks, thank you for the mini frappé. It's officially the cutest thing I've ever seen ☺️