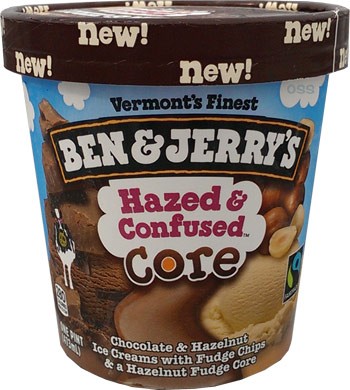 Ben & Jerry's plans to rethink the name of the ice cream flavor "Hazed and Confused" after receiving a number of complaints.

A couple from Tampa, Florida, Lianne and Brian Kowiak, wrote a letter to the ice cream company saying that the flavor name is insensitive towards the issue of hazing. The couple's 19-year-old son, Harrison Kowiak, died in a fraternity hazing incident in 2008.

As a response to the complaint sent by the Kowiak family, Ben & Jerry's will discuss the the possibility of changing the flavor name at the managment's global leadership meeting in October. Since the release of the ice cream flavor in February, the company has received a total of four complaints.

The ice cream company said that despite having a history of giving cheeky names to their products, Ben & Jerry's didn't intend to link to the ice cream flavor to hazing. It's a flavor inspired by Led Zeppelin's song "Dazed and Confused" with chocolate and hazelnut. The company said that not a lot of word rhymes with hazelnut.

"Ben & Jerry's believes that hazing and bullying have no place in our society. No individual, group, or entity should benefit by marginalizing others," the company said in an email sent to Huffington Post.

A representative Sean Greenwod said that the company condones hazing. Though they had no direct refence to hazing, it doesn't mean that the family isn't offended by it. According to Greenwood, it's still unsure when or whether they will change the name of ice cream, but the company takes the matter seriously.

In the past, Ben & Jerry's has raised criticisms for the ice cream flavors such as "Taste the Lin-Sanity," a limited release flavor with lychee honey and fortune cookie crumbs named after Jeremy Lin, which people deemed racist. One Million Moms also protested against the flavor "Schweddy Balls" inspired by Saturday Night Live as it's inappropriate for children.