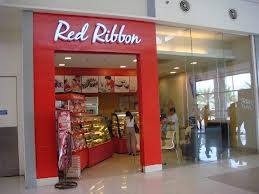 Red Ribbon Bakeshop, the most-loved fast food restaurant and bakeshop in United States and Philippines that is under the Jollibee Foods Corp., the biggest food chain in the Philippines, is putting up its pilot branch in Honolulu area. This location is also where the mother company is operating.

Red Ribbon, which is known for various pastries, cakes and other tasty desserts. The brand has currently processed a building permit for the area at Kingsgate Plaza amounting to $100,000. Its exact location is at 555 N. King Street.

The place was previously rented by Walter's Sound and Karaoke Shop, which was relocated to Mapunapuna. This was heard from the brand's recorded message in the answering machine.

Red Ribbon, which started its pilot branch in Waipahu area in Hawaii last July 2011, put up its second store in Don Quijote food center. Unfortunately, it that was then stopped the operation.

The famous bakeshop has been operating over 30 stores in different parts of the globe. The California branch has been doing well and other stores in New Jersey, Virginia, Phoeniz, Las Vegas and New York have been showing promising results as well. That is why the brand wanted to strengthen its presence globally, and this new store in Honolulu will be one of its goal to expend in the international market. In every community that the brand goes to, it receives warm support from the local residents.

On the other hand, Jollibee, the much-loved fast food chain, has started its third branch in Hawaii during the first quarter of this year. It took over the Kentucky Fried Chicken, also known as KFC, area. The Kingsgate Plaza is under the KingsGate Plaza Co, a Honolulu-based company. This is according to what was stated in the public record. The mall is run by partners Timothy Lau and Merton.