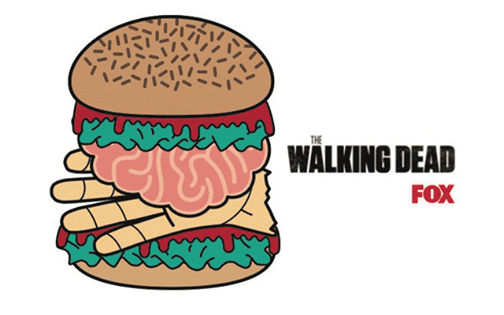 The promotional poster for the Terminus Tavern(Photo : James Thomlinson's Facebook)

The team behind the cannibalistic burger studied testimonials from known cannibals on how they described the taste of human flesh. They also used the book of journalist and traveler William Seabrook who wrote his experience of devouring human meat.

"It was so nearly like good, fully developed veal that I think no person with a palate of ordinary, normal sensitiveness could distinguish it from veal," wrote Seabrook.

To get the taste described by the journalist, Chef Thomlinson used veal, beef and pork to create the burger. They clarified that no human flesh was used in the burger.

The chef said that it's a tribute to the series and a treat for fans. "My food is inspired by flavor combinations and fresh produce, so it was a little odd to be inspired by the words of cannibals instead," said Thomlinson.

Those curious to know how it tastes like will get the chance to try the burger for free on September 30. The location of  Terminus Tavern pop-up will be a surprised, but Thomlinson will announce it on Twitter with the hashtag #terminustavern on the said date. It will be somewhere in East London or Spitalfields.

The pop-up design is inspired by the Terminus, the last location of the season finale of Walking Dead. The burgers will be served for free from noon until they run out of the burgers. An infographic summarizing the research done by the chefs will serve as the burger's packaging. Walking Dead-inspired condiments, a bacon tomato ketchup, will also be sold in the store.

Walking Dead season 5 will premiere on Fox UK on October 13. There will be a press preview of the Terminus Tavern on September 29.