Black Hot Dog To Be Served In Tokyo DisneySea This Halloween 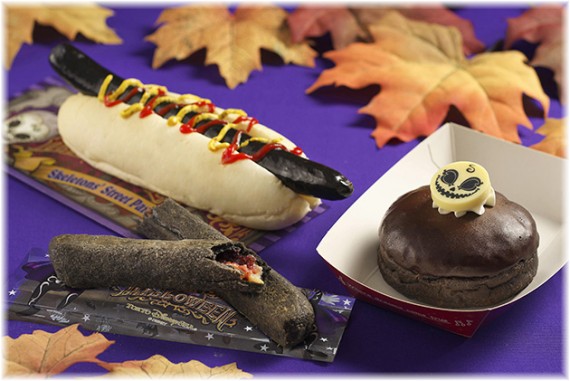 After the talked about black burger, Japan rolls out the black hot dog in time for Halloween.

DisneyWorld's Tokyo DisneySea's restaurant Yucatan Base Camp Grill releases the 'black' version of their Gyoza Sausage Bun for Halloween. Besides the hot dog, they're also offering other black and orange menu items for the festivity. Unlike in Burger King where the bun and sauce are pitch black, only the hot dog in the Sausage Bun is colored black.

The Cam Grill will also serve black-colored orange cream doughnut, Black Tipo Torta with blueberry filling which resembles churros, and skull-shaped Tortilla in orange and black sauce. Besides from the pitch black menu, Tokyo's DisneyWorld will also offer other merchandise in line with the celebration of Halloween.

A professor from Appalachian State University Eva Hyatt explained that Americans find black-colored food unappetizing because people in the U.S. associate the color with death. However, the Japanese are used to eating black food and even use black packaging for local products.

"The Japanese, on the other hand, are used to eating black seaweed, fermented black bean-paste-based foods, black walnut powder, squid ink, and a lot of gray, muted-colored foods, so a black burger bun and cheese would not seem too alien to them," Hyatt said.

DisneyWorld ins't the first one in Japan to cater black hot dogs to customers. In Akihabara, Tokyo, the Vegas Premium Hot Dog measures 30cm in length and also uses black buns. It can be bought for 600 yen. Many speculate that the hot dog is dipped in squid ink, but reports from the Japanese media say that the black hot dogs are made from edible bamboo charcoal powder. Apparently, it tastes the same as the usual one.

Earlier this month, Burger King released the new version of the Kuro burger which has black buns, cheese and sauce to attract younger demographics.