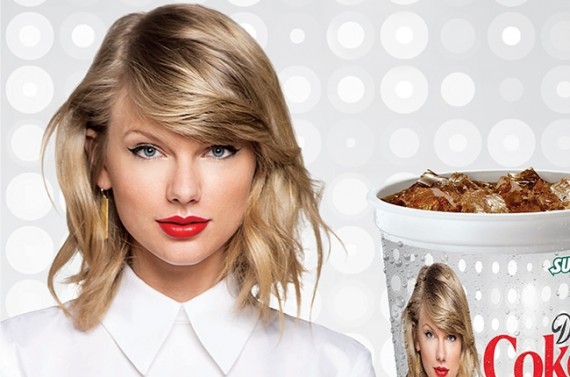 Subway signed on as Taylor Swift's sponsor for her 2015 concert tour promoting her upcoming album, 1989.

Together with Diet Coke, Subway arranged a campaign giving a chance to lucky 31 Taylor Swift fans to meet their idol in person. Anyone aged 13 and above can join the contest. Winners get a trip for two including, airfare, accommodations, $500, transportation and meet-and-greet passes.

The #MeetTaylor campaign starts on October 1, in which one winner is announced daily the entire month. To join the contest, participants must visit a Subway location and buy a meal with the limited-edition Taylor Swift Diet Coke 8-ounce cup. A special code is printed on the cup that must be used when joining the promo.

There are two ways to join the contest. First is to register in Subway's website and enter the code. The second way is to take a photo of the cup using the Subway Freshbuzz App, where participants can get an extra entry and watch Taylor Swift videos.

To promote the event, Subway is using different media such as television, radio, social media and in-restaurant ads to popularize the contest. Though the brand will mention Swift's album 1989, they won't be selling the physical albums in their branches.

This isn't the first time major brands sponsored Swift's concert tour. In 2012, Ked's, Covergirl, Target, and Elizabeth  Arden signed on with the artist. Diet Coke joined them in 2013  for a long-term partnership.

According to Tony Pace, Subway's chief marketing officer, Swift has an appeal that makes people attracted to her. "Taylor reaches a really broad swath of millennials that are very engaged with her music, and because she's been so astute about her presence in social media, a lot of people in that demographic really identify with her," said Pace.

Swift's 1989 is ready for  pre-order at taylorswift.com and will be available in music stores in October 27. To know more about the contest, visit Subway's website for the full mechanics.