Know These Top 5 Franchise of a Japanese Cuisine 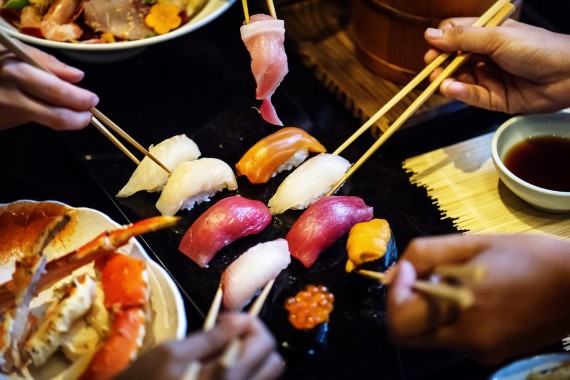 Food is among the features of Japanese culture. Japanese snacks are among the top most notable cuisines around the world. They are highly prized because of the fact that they are notoriously delicious. Before looking at the top best franchise of Japanese cuisine, let us learn something little about the Japanese cuisine.

Japanese cuisine involves traditional and regional foods of Japan, which have evolved through many years of political, economic, and social changes. Japanese cuisine is popular because of a number of good reasons. One of the reasons is that, the cooking is based on five rules which serve to add variety and balance in the cuisine. The five rules are based on color and method of cooking. The cuisine has five colors, which are; red, black, yellow, white and green. The five methods of cooking are; steaming, grilling, boiling, frying and raw food. These elements apply to almost each and every single type of Japanese cuisine. As a result of the foods being procedurally cooked, they come out tasty and balanced in diet.

The third reason why Japanese cuisine is famous is because of it is beautifully served. The use of chop sticks to eat is considered cool by majority of people. Again, before looking the top best franchise, let us expand knowledge on some of the best Japanese cuisine.

This is the most famous of Japanese cuisine. It is made of vinegared rice and fish. It is accompanied by ingredients such as vegetables and tropical fruits and a lot more. There are different types of sushi and they are all served in numerous ways.

What makes this cuisine special is the fact that it is prepared with utmost precision and attention. As a result, its flavor is refined with great taste, texture, and overall appearance. Only highly fresh ingredients are used to enhance the taste.

This type is among the popular consumed Japanese cuisine because of the fact that it is prize friendly and delicious. Also, it can be used with a variety of toppings. It comes in different forms and none of them disappoints. It is known to have dense noodles which are chewable.

This is a traditional Japanese soup. It is served with any Japanese cuisine. It is made from dashi stock which is fish or kelp stock, combined with fermented soy beans. It has a refreshing aroma and it is served in bowls. That said, let us look at the top franchises of Japanese cuisine.

The Top 5 Franchise of Japanese cuisine

You are ascertained of amazing and authentic Japanese cuisine once you visit this chain restaurants. You will be sure to find what is known in Japanese as 'ichiju sansai'. It is a set of dish consisting of soup, rice and three other side traditional dishes that are inseparable to historic Japanese culture. The most recommendable cuisines to order from Yayoi-ken are; Shogayaki Teishoku, Saba no Misoni Teishoku, and Chicken Nanban & Ebi Fry Teishoku.

This is restaurant is franchised by one of the largest Japanese cuisine companies in the world. Benihana is famous because it is renamed after a flower that survived during the World War II bombing of Japan. Teppanyaki is broiling on a grill style of cooking. Usually, this form is done by skilled cooks because the technique is artistic in a way. Popular orders prepared in this style include; grilled vegetables, shrimp, and chicken.

This chain of restaurants is built inform of traditional drinking hubs of Japan. Yakitori means grilled bird and it is prepared over coals made from oak. Their menu is printed on a week basis and they serve a variety of Japanese cuisine at friendly prices.

Two main menus are famous in this restaurant. That is yakitori and udon. They are prepared on the grill in the most professional manner. It also has other variety of Japanese cuisine at the most affordable prices.