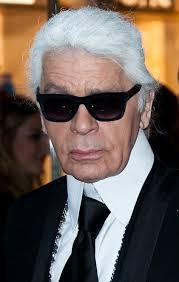 Last week, the impossible occurred: feminism was promoted in fashion industry. The final part of Paris fashion week, Chanel models walked down with placards that show women's rights, in a mock protest that was applauded for the latest feminism campaign.

Held in Grand Palais, Chanel's models carried banners instead of handbags; showed their pouts as protest against machismo. The highest paid catwalkers cried out loud using megaphones-wearing posh leather padding with strong Chanel emblem-the famous rally statement; "What do we want?", the answer they got from the crowd was vague.

At the rear area was a man carrying a placard which says "He for She," nodded to the UN solidarity movement led by actress Emma Watson, which strongly campaigns men to support gender equality.

The previous week since Watson's battlecry on feminism came out, the show was to support the movement, according to EIC of Marie Claire, Trish Halpin. "I think this emphasizes the idea that feminism will get massive support this year-the movement has been getting good response at the moment, which triggered by Emma Watson's speech at the UN."

While Lagerfeld was famous for his sense of comic, the show was serious, and Halpin thought and joke about it, "I think she got it from Coco's feminist beliefs-she was an empowered and strong lady. This just shows fashion, empowering women and feminism do not have to be exclusive with each other."

For others, the battle cry of the feminist was applauded. Bloggers and editor of cosmopolitan found the campaign was awesome.

However, other famous feminists allegedly said the designer was just joining the bandwagon of feminist to be able to sell his designs. One of the writers find the scene as innovative and repackage to suit the generation's taste and satisfy what the market dictates.