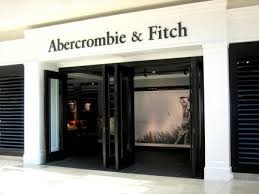 Muslim woman who has headscarf was denied of job position

The United States supreme court hears the case of the alleged Abercrombie & Fitch for denying a Muslim lady of job position because she was wearing a headscarf.

The suit, carried by US Equal Employment Opportunity Commission, accuses that a certain Samantha Elauf was denied due to her headscarf that would have exercised exemption from the brand's 'appearance policy.'

Elauf went for an interview in Oklahoma last 2008. She applied for a model position, known as a part-time sales associate, when she was still a teenager. The hiring official, gave a score high enough to be hired.

The applicant wore a hijab in her interview. She has been wearing this since she was 13 years old to signify her religious belief.

After the hiring official consulted the district official, Cooke gave the applicant a low rate in the "look and sense of style" category, right after asking about the scarf she's wearing. The manager relayed to Cooke that staff were prohibited to wear hats while on duty and so denied to hire her, despite the idea of Cooke convincing the manager that the applicant is wearing the scarf as part of their religious practice. The hiring official emphasized she avoided to tackle religion during the interview to comply with EEOC conditions.

The case is focused on if staff must clearly tell their possible employers that they need exemption due to their religion, just like this scenario, on what to wear for work. The retail brand says that Elauf did not really ask for exemption. Thus, she was not even if superiors presumed she had headscarf for religious purposes.

This is not the first time for A&F dealing with cases on religious discrimination. Last year, there were two issues on similar issues, the other one was under Hollister, a subsidiary of Abercrombie.