Tags
starbucks, Meet Me At Starbucks 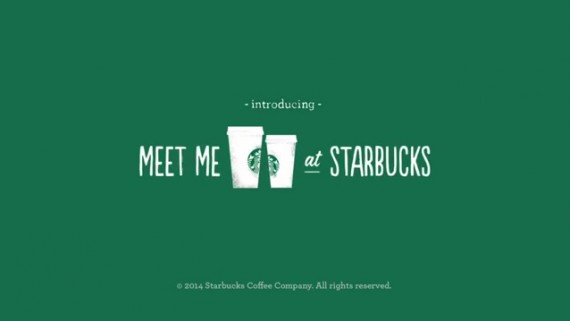 Meet Me at Starbucks(Photo : Starbucks)

Starbucks launches its first brand campaign "Meet Me at Starbucks."

The global campaign will not just focus in coffee but in the stories that happens in their stores. It comes in documentary form that chronicles the 24 hours in Starbucks stores across the world. The brand encourages people to nurture the pre-internet culture in cafes.

Filmed at 59 stores in 28 countries, 39 local filmmakers and 10 local photographers coordinate with one director from 72andsunny to create the mini-documentary. The filming locations included New York, Taipei, Beijing, Montreal, Rio de Janeiro, Paris and Singapore to name a few. Shot in the same 24-hour period, the team produced 220 hours of footage from the participating Starbucks locations.

Laura Mills, Starbucks spokeswoman, said that the campaign is inspired by the idea that the best way to connect is face-to-face, despite the numerous ways to communicate through technology.

Omnicom's BBDO launched three spots to promote the campaign with the tagline, "Sometimes the best way to connect is to get together." The three spots titled Apology, Date, and Kick shows a conversation in text message form while the same conversation can be heard in the juxtaposed audio-recording. It showcases how meaning can be lost in text message conversations, since tone, facial expressions and gestures don't translate in written format.

The current 6-minute documentary video on Youtube is interactive. Mills said that the video prompts the viewers to view other mini-documentaries, and once it's over, they go back to the main documentary. One of the documentaries follows the story of a deaf Honolulu woman who gained friends once learning that there's a group of deaf individuals regularly meeting up in Starbucks.

Mills said that from its launch on Monday, it will be an ongoing campaign. Twitter, Instagram and Tumblr users will also be encouraged to join the campaign with the hashtag #HowWeMet.

The 60-second video below is a distilled clip from the documentary that will begin airing on Starbucks Youtube page on Monday.