Sony Aims to Begin Console Packaging in China by December 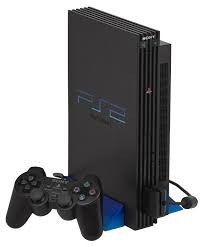 Sony Corp. wants to begin packaging the latest video game consoles for Chinese market starting December since it plans to invade the world's biggest population after the end of ban on the devices.

Sony's objective for China is to pack about 200,000 video consoles yearly, as per the report from a website of China Pilot Free Trade Zone. The spokesperson from Tokyo for Sony Computer Entertainment Inc., Masaki Tsukakoshi, said that the amount of actual manufactured products and the figures in the documents might be different.

Gaming is one of the specialties of Sony, which is going towards its sixth yearly loss despite the sales of over 10 million items of PlayStation 4 console. The MSFT or Microsoft Corp., has already begun the sales of Xbox One in Chinese market, with limited edition of titles due to strict government regulations.

"There is a good opportunity in China. But it will still depend if the trend is huge or small," as explained by Atul Goyal, an analyst of Jefferies Group LLC based in Singapore.

The company agreed to make two programs with Shanghai Oriental Pearl Group Co. to begin the sales of consoles after the ban was lifted. The company will get about 70% stake in one program for hardware manufacturing and 49% for the sales of software and networks.

Microsoft started to sell the Xbox One in the previous month to almost 4,000 shops, which overpowered Nintendo Co. and Sony, that made the brand the first major player selling console in the country.

"Game console is very expensive, may it be software of hardware parts. Majority of Chinese console users have already been using it for quite some time and so they definitely can afford the hobby," according to the consultant of Kantan Games Inc.

Sony aims to increase gaming sector by making a massive market stream service like Netfilx Inc. The PlayStation Network has over 50 million users and the service has been active in some parts of the world.