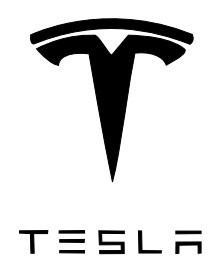 The chief of Tesla, Elon Musk, sees further on automated driving with vehicle that can switch on the aircon and find obstacles

Tesla Motors is just a step away on its goal in automated driving after launching the features of their electric car to park on its own and sense hazardous cases.

The company's press release was expected since Elon already tweeted about the launching of the new features. Elon's tweet was about the dual motor which means the all-wheel car will have a motor at the last part of the chassis to improve control.

Apart from that, there will be models that has autopilot feature. It will include a long-range radar, photo recognition so the car can detect images like pedestrians and stop signage.

The vehicle can park alone in the garage, switch on the aircon before going and sense obstacles. Elon stressed that the autopilot option was not yet fully automated and will not let the user sleep while moving.

As per one of the sector's analyst, the latest functions will credit the company's momentum while customers expected the launching in 2015 of its third car. "Until the new model will be introduced, a car that will boost the brand's reputation and potential, these advanced features must make the Model S the frontline of improved personal transportation," as one of the analysts explained.

Vehicle manufacturers are competing to improve functions that will allow cars to use brakes automatically. But according to the makers, the change will evolve, with more functions added as it goes on.

In another note of motor sector, Google is enhancing the technology for a no-driver vehicle, and GM commented the other month that its Cadillac will launch two novel models; a vehicle in 2016 that is capable to communicate with others, and another car that has a function of semi-automated no-hands driving.