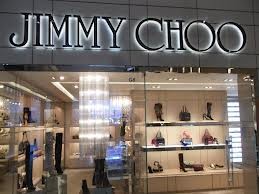 The famous high-end shoe manufacturer stating not more than 160p, lesser than its initial price of 180p

The brand is expected to launch a lesser value than the foreseen price in London, during rough stock markets all over the world.

The company is requesting investors not more than 160p per share, slightly lower than the first value of 180p.

Books are included in the latest value and the organization believed that it can get the new price of 160p.

The shoe manufacturer which is supported by red-carpet personalities announced its vision for London IPO in September, with desires of getting a price for the enterprise at over 700p million.

Jimmy Choo is attracting investors with plans of expansion in Asia, especially their shoes worn by Sex and the City star Sarah Jessica Parker.

Since the organization expressed its intention to launch, markets have dropped as investors were doubtful on its plan to expand.

According to the source, who is knowledgeable about the company, preferring to get lower value from its initial price is not connected to the hesitation of the investors. Instead, the top officials were requesting for true value that gives opportunity to the shares to increase during trading day.

IPO trend started in the first quarter of the year as financial managers lined up to acquire shares of new firms that can capitalize on re-establish potentials for economic advancement.

The brand's advisers commented that the company has solid growth potentials since its footwear belongs to luxury market, where users are capable to spend and buy.

The organization started in 1990s by a Malaysian shoe manufacturer, and the designer from Britain Tamara Mellon. The organization has gone through different private firms before it ended up with JAB.

Choo and Mellon are still actively on hand but Sandra Choi is named as the company's creative official.