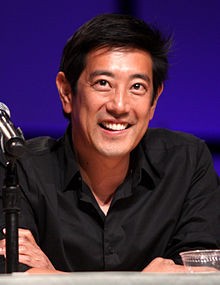 McDonald's reportedly wanted to clear its name after several people attacked the quality of the food served at McDonald's, and it did so by hiring MythBuster's Grant Imahara.

After three quarters of declining sales in the U.S., Chief Executive Officer Don Thompson wanted to let the customers know that McDonald's is still a "relevant and trusted brand"-and Grant Imahara will reportedly do that job for them.

In one of the videos released by McDonald's, Imahara will set up several questions like "Is the beef real?," with Cargill Operations Supervisor Jimmy Rendon answering "It's 100 percent beef trimmings."

Aside from that, McDonald's will answer several questions coming from different social media sites in a series of online videos with Imahara, hoping that his credibility will push theirs up too.

"We know people have questions. And we're proud of the food that we serve," Heather Oldani, McDonald's Senior Director of U.S. Communications stated.

The largest fast-food chain has been bombarded by food quality concerns over the past years. McDonald's have allegedly been obtaining expired meat in Asia, while a documentary back in 2004, "Super Size Me" reported a pink slime coming from the food, leading many to question the quality of the food served at the store.

Furthermore, many concerns have been brought up by several consumers especially regarding the quality of their beef patties.

One Twitter user asked if there were any preservatives or additives used in the patties, while another went to an extent demanding an answer on why McDonald's is serving pink slime in their food.

However, Oldani stressed that the McDonald's served quality products that even exceed the USDA standards and has actually pledged to serve sustainable beef by 2006.

Furthermore, McDonald's Canada headquarters released a video in response to the issue of McNuggets containing "pink goop," in an effort to clear the name of the brand.

"Our latest videos aim to combat the misinformation and tell the truth about this iconic product-that Chicken McNuggets are made from chicken breast, a few seasonings, along with a natural proportion skin, used both for flavour and as a binder," McDonald's spokeswoman Gema Rayo firmly stated in an e-mail.