Los Angeles Is The Next Stop For Nutella Truck's U.S. Tour 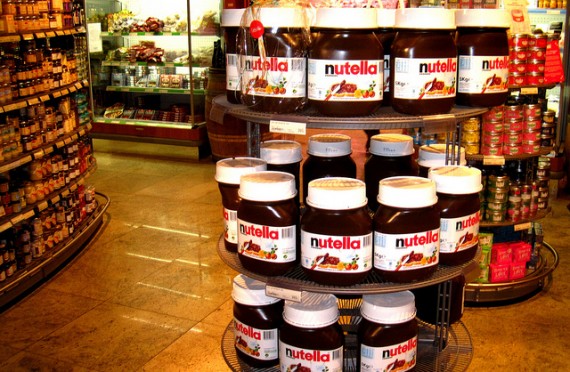 In celebration of its 50th anniversary, the Nutella Truck tours around the U.S. It made its stop in Los Angeles for the weekend.

The "Spread the Happy" truck arrived in Hollywood on Saturday, September 13, and started handing out free samples of the hazelnut spread. They're also dishing out a variety of food whipped with Nutella. Besides from handing out samples, they are also holding "fun" games.

Nutella USA posted on their website that they'll be giving away freebies like t-shirts and stickers. There will also be photobooths for anyone who will attend the event.

The truck is marked with the Nutella's signature white and red packaging. Two giant Nutella jar-shaped inflatable's roll around with the truck, with pictures of toasts and bananas.

Cali, the Nutella® Truck tour is coming to LA & San Fran. Get a sample while supplies last! http://t.co/tRyanJiGyX pic.twitter.com/xwNbwWJdQO

The Los Angeles tour opened at Fiestas Patrias California in the Oliera Street Plaza at 10 a.m. to 3 p.m. on Saturday and again on Sunday. On Monday, the truck will be at the Student Union Building at Los Angeles City College. Its last stop will be in Westwood on Tuesday from 9 a.m. to 1 p.m.

The Nutella Truck first hit the road this year in May with New York and New Jersey as its first destinations. Before its journey to California, the truck has stopped at 14 U.S. states. It's next stop is Fisherman's Wharf in San Francisco.

A jar of the choco-hazelnut spread manufactured by the Italian-brand Ferrero is sold every 2.5 second across the globe. The world's favorite spread can be bought in 75 countries.

To view the full schedule of the tour, visit their website.