What Your Sales Team Wishes They Could Tell You, But Can’t 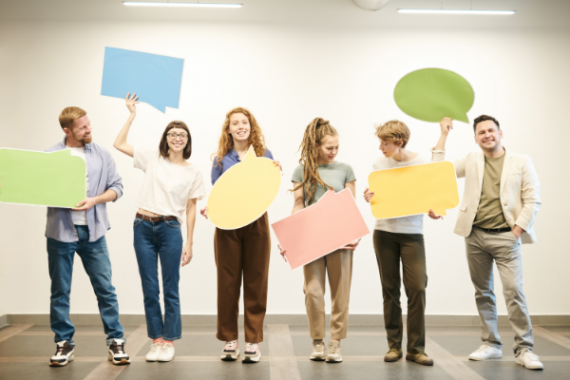 (Photo : What Your Sales Team Wishes They Could Tell You, But Can’t)

In a perfect world, our employees would tell us exactly what they're thinking during yearly reviews or when they're handed an engagement survey. However, that is far from the world we live in.

There is the old joke that if employees told us what they really thought, they would get fired. But there is a lot of truth to that joke, particularly when it comes to salespeople. They may be afraid that coming down too hard on the company or their team leader (i.e. you) could cost them their job.

As a result, we often get the most polite versions of their pain points. They may also downplay the urgency of these problems.

So, the next time you're reviewing employee feedback, look carefully for these hidden messages.

"I Need Your Help"

Most salespeople don't want to give you the impression that they're in over their head.

This is particularly true of younger employees who may be in their first sales role. They want to give the impression that they're a keener. Or they may unfairly blame themselves for struggling because they don't know any better.

If this is their first sales role, this is the only system they know. Bringing in a company that specializes in sales training could be massively helpful. If your team is doing everything "by the book" and still struggling, maybe it's time to add to the book.

"I Expect a Raise With My Yearly Review"

The traditional model of yearly reviews saw managers reviewing employees and discussing yearly raises/ bonuses at the same time. However, a lot of companies have moved away from this model... and alienated a lot of their employees in doing so. This is what is now called Performance Without Pay.

As managers, we can try to shift the narrative with statements like, "These reviews are merely an opportunity to help you do your job better. There's no need to worry." But it doesn't change the fact that employees still find these reviews incredibly stressful. In fact, about 1 in 4 employees cry afterwards.

It is likely in your best interest to reward them at the same time you review them.

There is a very common myth that most people hate meetings. However, recent data says otherwise, with the MIT Sloan Management Review releasing a study that reveals that:

Always ensure that your meetings have both an agenda and follow up steps.

Employees can't always tell you these things. However, savvy sales team leaders can learn how to look beyond the feedback they receive to figure out what their employees are really trying to say.

Mastering this skill can lead to a happier sales team and better sales numbers.