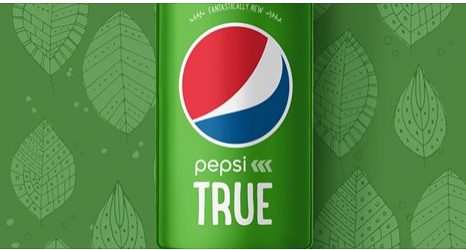 PepsiCo launches a new stevia-sweetened soda available only on Amazon on Oct.

"Pepsi True" will be sweetened by Stevia, a natural plant-based sugar substitute that contains fewer carbohydrates and less sugar that helps in controlling blood glucose in people with diabetes.

"Pepsi True" will have a special green packaging, which highlights the product's use of natural sweetener and other natural ingredients.

The soda, which was previously launched back in 2012 in Australia, will reportedly have 30 percent less sugar than any of Pepsi's products except for Diet Pepsi and boasts to have "real cola taste" minus the artificial sweeteners and no high fructose corn syrup added.

Studies have showed that consumption of beverages with High Fructose Corn Syrup (HFCS) can lead to the development of obesity and a rise in blood glucose.

Pepsi True will be exclusively sold though Amazon this Oct.

Other companies that have ventured into distribution through Amazon include manufacturing and grocery giant Kraft that started to sell Jell-O molds with university mascots.

Selling products online is a relatively new concept for PepsiCo.

The beverage giant will have to face heavy competition because there are a vast array of products available online.

Meanwhile, PepsiCo has teamed up with beverage giants like Coca Cola and Dr. Pepper at the Clinton Global Initiative to reveal their efforts to improve public health by reducing the number of calories in their beverages by 20 percent before 2025.

The soda companies will reportedly promote and boost their offerings of lower-calorie sodas and bottled water, cutting portion sizes and increasing awareness on the amount of sugar present in the regular sodas by adding calorie information in vending machines and self-serve fountain equipment.