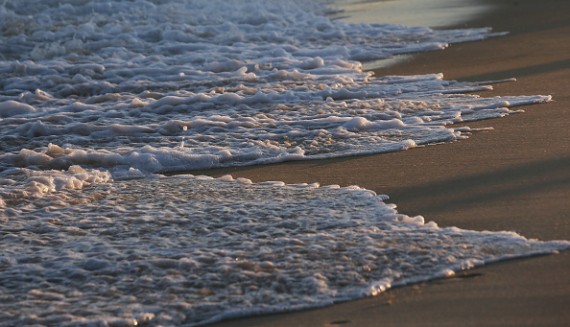 The world’s best freediver, Natalia Molchanova, was diving in the Balearic Sea, near to the Spanish island of Formentera on Sunday when she disappeared, according to CNN.

Molchanova is now feared dead after her disappearance over the weekend, according to Discovery News.

“It seems she’ll stay in the sea. I think she would like that,” stated the 53-year-old’s son, Alexey Molchanov, who is also a champion freediver.

When Molchanova failed to surface, her peers reportedly searched for her before calling for help by radio. Private boats, the local coast guard and a helicopter reportedly continued the search, but were unable to find the former competitive swimmer.

“She was a free-diving superstar and we all thought nothing could harm her. Nothing could happen to her, but, you know, we are playing with the ocean, and when you play with the ocean you know who is the strongest one,” Kimmo Lahtinen, the president of the global federation for free diving, known as AIDA, told the New York Times.

Molchanova had a long list of feats, including reportedly being able to hold her breath for nine minutes, and diving to a depth of 101 meters using only a fin. The mother and teacher reportedly broke the world record for dynamic freediving, where a diver swims as many pool lengths as possible using one breath and a mono fin, last September.

A joint statement from AIDA International and Molchanova’s family was recently released:

Natalia Molchanova was recreationally freediving off the coast of Spain on August 2, 2015 when she was separated from her peers. She was diving without fins to around 30 to 40m and supposable got into strong underwater current. Search efforts have been ongoing during daylight hours and the next day since she was reported missing by three peers. She disappeared while diving approximately two miles northwest of the port of La Savina at Poniente de es Freus.

Natalia Molchanova is the most decorated competitive freediver in the world, holding 41 World Records and is a 23 time World Champion in Freediving. Natalia trained hard for her sport, she had a nine minute breath hold, could dive to a depth of 101m using a fin and swim a distance of 234m with a fin. Along with being one of the top athletes in the world she has a PhD in Pedagogical Science and has authored multiple scientific articles and two freediving training handbooks. She is the creator and current president of the Freediving Federation of Russia. She designed and taught freediving programs all over the world. She is based out of Moscow and has created one of the most vibrant recreational freediving communities in the world. Natalia has trained thousands of people to freedive in locations worldwide.