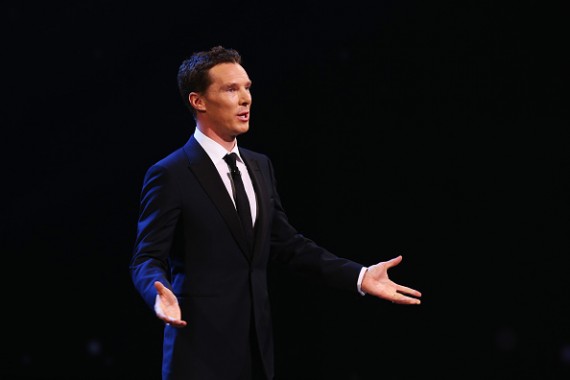 Benedict Cumberbatch is currently starring as Hamlet in a production at the Barbican Theatre in London, according to Buzzfeed.

After the performance of the play on Saturday, which was reportedly stopped and resumed twice because of technical difficulties, the actor gave a speech at the stage door begging fans not to film during the performance.

“I can see red lights in the auditorium,” stated Cumberbatch.

“It may not be any of you here that did that, but it’s blindingly obvious. We had to restart again tonight at ‘To be or not to be’, which is not the easiest place to pick up a play full stop, but this made it harder. It’s very, very obvious. It’s mortifying, and there’s nothing less enjoyable as an actor on stage, experiencing that.”

Many Cumberbatch fans were in the audience. On the opening night of “Hamlet,” Cumberbatch fans even spent the night in front of the theater in order to get tickets, according to The Guardian.

“I’m here because I love Benedict,” stated Giorgia Alonghi, who was one of those waiting for a ticket.

Despite the love that fans have for Cumberbatch, filming “Hamlet” during his performance is a big no-no and won’t allow the actor to do what he does best.

“I can’t give you what I want to give you, which is a live performance that you’ll remember, hopefully in your minds and brains whether it’s good, bad or indifferent, rather than on your phones,” explained the 39-year-old.

“So it’s not me blaming you, this is me asking you to ripple it out there, in the beautiful way that you do with your funny electronic things.”