What’s The Mind-Blowing Connection Between ‘Frozen’ And ‘Tarzan’? 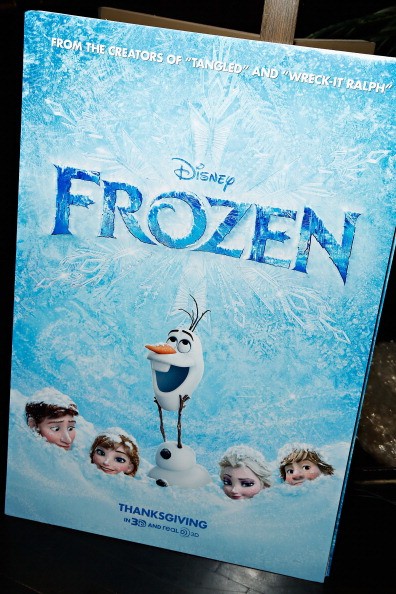 While watching “Frozen” and singing “Let It Go” until everyone in your life begged you to stop, you would’ve never thought that Anna and Elsa were connected to Tarzan in any way.

Chris Buck, the genius behind “Frozen,” blew everyone’s minds away with the rather surprising connection between the three characters.

Although many people believe that Anna and Elsa’s parents, King and Queen of Arendelle, passed away during their trip, Buck said in an AMA session that that wasn’t the case.

“They didn't die on the boat. They got washed up on a shore in a jungle island. The queen gave birth to a baby boy. They build a treehouse. They get eaten by a leopard…,” explained Buck, according to Us Magazine.

“Yes, there was a shipwreck, but they were at sea a little bit longer than we think they were because the mother was pregnant, and she gave birth on the boat, to a little boy. They get shipwrecked, and somehow they really washed way far away from the Scandinavian waters, and they end up in the jungle. They end up building a tree house and a leopard kills them, so their baby boy is raised by gorillas. So in my little head, Anna and Elsa’s brother is Tarzan."

There are theories that Elsa and Anna’s parents were heading to Rapunzel’s wedding and that their shipwreck is the one that’s seen in “The Little Mermaid” as well, according to CNN. However, the recent “Tarzan” theory may be the most accurate.

“When you’re working on a feature, you have a lot of time to think about stuff because it takes four years to make one," Buck, who also directed Tarzan, told MTV News.

“I think [screenwriter] Jen [Lee] and I were walking to a meeting, and I just start to tell her the entire story."