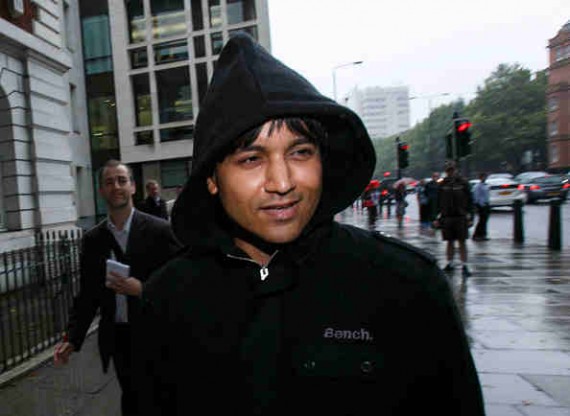 The London-based day trader who was accused by the U.S. of market manipulation, Navinder Sarao, was released last Friday after reducing the amount of his bail, according to a report from Reuters.

Sarao spent four months in prison prior to his release.

Reuters adds that Sarao was granted bail on April 22 after being arrested by the British police in the same month following U.S. extradition warrant.

But since his assets were frozen by U.S. authorities, he was unable to pay the £5 million, or about $7.8 million bail.

The New York Times added that his lawyers argued that Sarao won't be able to pay the amount since his assets were frozen. Sarao's bail was reduced to £50,000 by a judge in Westminster Magistrates' Court.

His family has already paid for his bail.

Sarao's lawyers said that he would not put his family's life savings, the £50,000 used for bail, at risk by him fleeing, according to a report from the New York Times.

Prosecutors were saying that he was a flight risk.

Reuters reported that the court heard that Sarao had funds of more than £30 million, which includes £5 million held in an escrow account in the U.S. and £25.5 million in an account in Switzerland.

The report also added that the disclosure was enough for U.S. authorities  not to oppose the reduction of Sarao's bail amount.

Sarao was being accused of manipulating the market and contributing to the "flash crash" in the U.S. stock market in 2010, according to Reuters.

He was accused of using an automated program to generate large sell orders that pushed prices down as a way to fake the market.

Reuters adds that U.S. authorities said Sarao made roughly $40 million from the plunge in prices by canceling his sell orders and buying the contracts at lower prices.

The plunged wiped out nearly $1 trillion in market value according to Reuters.

The New York Times added that Sarao is facing 22 criminal charges in the U.S. and could face up to 300 years in prison if found guilty.

His extradition hearing is scheduled for next month.