Will Apes Be Able To Communicate With Humans In The Future? 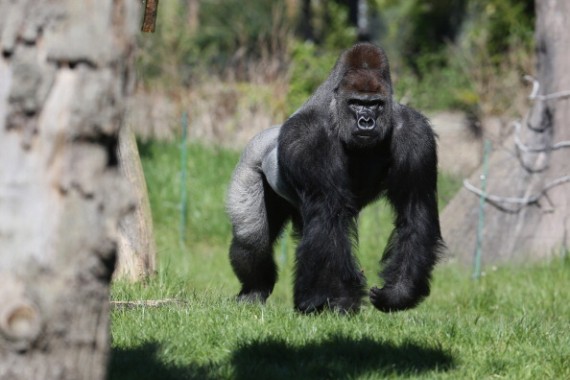 A gorilla named Koka impressed us all with her ability to learn sign language in order to communicate with her keepers, according to the U.K. publication The Independent.

Koka has taken communication to the next level by displaying signs of being capable of speech, according to the researchers at the University of Wisconsin-Madison.

It had previously been believed that vocal performance by apes has been limited to spontaneous noise expressed, but a recent study published last month in the journal Animal Cognition suggests that the ape may be closer to verbal communication, according to the Huffington Post.

“Traditionally, many scientists thought that apes had extremely limited vocal abilities,” wrote cognitive scientist Marcus Perlman, a postdoctoral researcher at University of Wisconsin-Madison and the study's lead author, in an email to The Huffington Post.

Perlman and his colleagues reportedly began observing Koko to study gorilla hand gestures, but their research became extended when they realized she was capable of various vocal behaviors she displayed. Koko has reportedly shown very human behaviors, including playing wind instruments, mimicking a conversation and even blowing a raspberry.

Although Koko’s abilities are a good sign, it may not be that other gorillas can do the same.

"Presumably, she is no more gifted than other gorillas," Perlman said in a statement.

"The difference is just her environmental circumstances. You obviously don't see things like this in wild populations."