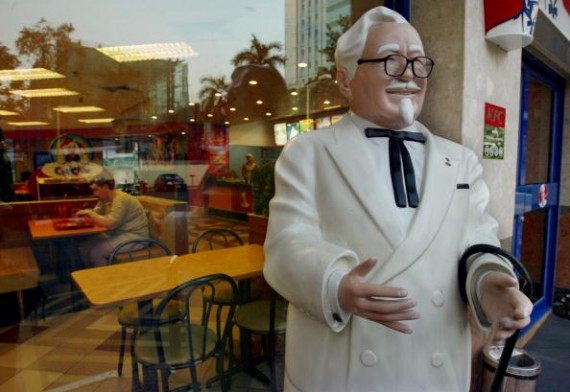 Colonel Sanders has a place in the hearts of all KFC lovers.

The only downside is that fans have had to change the mascot in their hearts once again as the fast food chain decided to go with another new actor to play Colonel Sanders.

Norm MacDonald, a “Saturday Night Live” alum, is taking over from impressionist Darrell Hammond as Colonel Sanders in a new campaign for the fast food brand, according to the news outlet My Santonio.

“Other than not quite looking like him, his voice being different, and his inability to cook the world’s best chicken, we thought Norm was the perfect choice to play the Real Colonel,” stated KFC US chief marketing officer Kevin Hochman.

“I think the fans will agree.”

The new ad campaign introduces a new family-size version of KFC’s $5 fill-up meal, according to Fox News. As exciting as this new deal is, KFC is more thrilled about the changes made with the new Colonel Sanders.

CEO Greg Creed said that he was actually happy that people hated the Hammond-led ads.

“[Hating the ads is] better than 100 percent being indifferent,” Creed said in a report by Food Business News.